Your Secret Weapon Against The Two Greatest Barriers to Bodybuilding 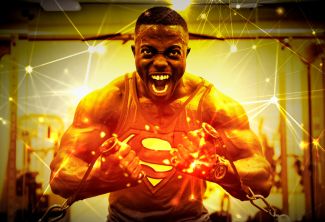 After nearly three decades of scientific research, the evidence for the benefits of HGH supplementation is irrefutable, confirming that -

Neither your DNA nor your age need prevent you from achieving peak physical excellence.

Using a superior HGH supplement like HyperGH 14x really can help you to SMASH through your supposed "natural limits", allowing you to --

Super-charge your workout gains AND recovery time in a way that's abosoutely safe, natural, and LEGAL!

As you may know, the body's levels of human growth hormone naturally begin to diminish at an alarming rate as we age, resulting in the physical symptoms of aging that directly oppose your bodybuilding efforts.

Due to this nose-dive in HGH levels, by the time you're in your early 30's, or even your mid-20s, you may suddenly notice how much HARDER it is to achieve the *same* results from your workouts.

On top of that, you could also start to notice other negative effects, such as:

And if that's not bad enough, you may even start seeing LESS results from the EXACT SAME workouts!

The good news is that research has shown that bodybuilders are no longer forced to accept the constraints dictated by genetics or the aging process.

HyperGH 14x helps to boost your production of HGH to more youthful levels, allowing you to not only turn back the clock on aging to enhance your overall fitness -- but to also break through the limits imposed by your genetics to:

HyperGH 14x consists of what we believe to be the most advanced delivery method legally available on the market today.

By working alongside the body's natural sleep cycles and increasing your EIGR (exercise-induced growth hormone response), your body's daily production of HGH will be significantly greater - without the dangers associated with illegal injections.

The Impact HGH Has on Bodybuilding:
What the Science Has to Say 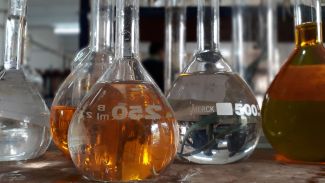 The scientific community has devoted nearly three decades into researching the effects that human growth hormone has on muscle growth, fat loss, sexual health, cognitive function, and the aging process.

And the clinical evidence has continually backed up the gains reported by bodybuilders worldwide, at every level, with substantial proof that supplementing with HGH for a period of 6 months or more can help you to:

What follows is but a small portion of the scientific research that has been conducted, verifying these benefits. They demonstrate the potent transformation that HGH supplementation can provide under various conditions, whether through exogenous means or by natural production from supplement precursors:

Benefits of HGH Supplementation in Men over 60

Administering HGH to men over 60 for six months showed an increase of 8.8% in lean body mass, a 14.4% reduction in body fat, and a 1.6% increase in lumbar vertebrae bone density. Skin thickness also increased 7.1%.

The results after 180 days of growth hormone supplementation on lean body mass and fat loss were equal to reversing the effects of aging by 10-20 years!

Administering HGH for 6 months to older men who were otherwise healthy resulted in an increase in lean body mass and a decrease in body fat.

Effects of an Oral HGH Releaser in Older Adults

Supplementation with Alpha-GPC was shown to boost peak growth hormone by 44 times and increased bench press power by 14%!

Stimulating growth hormone with HGH-releasers or secretagogues could reduce the loss of muscle mass, strength, and exercise capacity associated with aging.

GH secretagogues act at both pituitary and hypothalamic levels and could offer an attractive alternative to growth hormone injections!