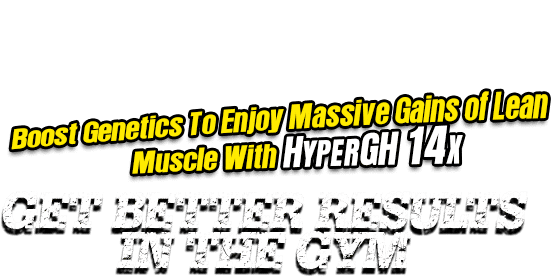 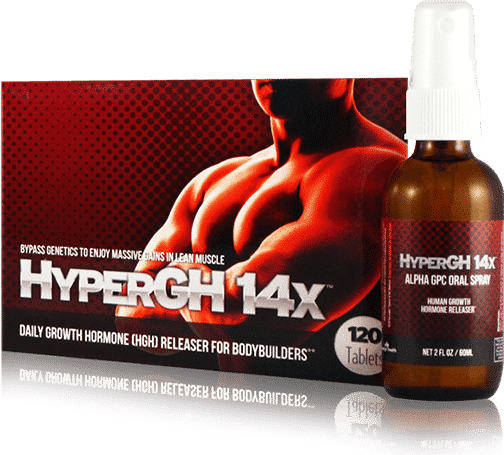 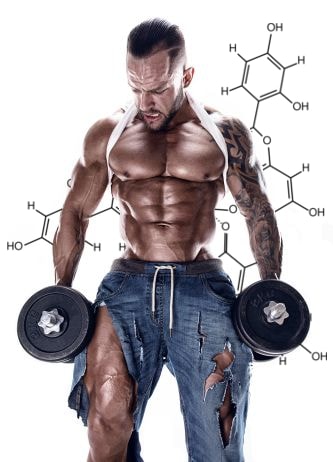 HyperGH 14X is the all-natural supplement system for bodybuilding and sports performance, a remarkably powerful formula consisting of safe and effective active ingredients especially developed for men of any age group.

Already considered one of the most potent human growth hormone supplements, it's become a well-kept secret among elite bodybuilders, fitness trainers, and sports athletes.

HyperGH 14X is unquestionably the most reliable, effective, and cutting-edge HGH supplement pagckage ever legally offered to the public. By combining two forms of delivery - pills and oral spray - it's never been easier to pack on pounds of lean muscle mass and getting the physique you've always wanted.

Your Secret Weapon Against The Two Greatest Barriers to Bodybuilding:
Genetics & The Inevitible Effects of Aging

Neither genetics nor the effects of aging need prevent you from achieving your fullest physical potential.

Human growth hormone supplementation allows you to SHATTER the concept of supposed "natural limits" so that you can...

Jump-start your workout gains PLUS your recovery time - Safely, legally, and Naturally!

HyperGH 14x helps crank up your growth hormone production to more youthful levels, allowing you to not only reverse the biological symptoms of aging to boost your overall fitness - but to also crash through any limits imposed by your genetics to: 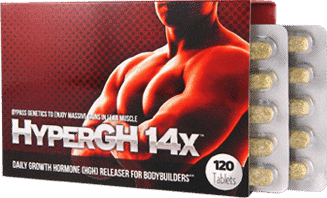 This allows your body to optimize it's natural cycle of producing HGH, not just during exercise, but in the hour after exercise -- and even while you're sleeping!

You won't find another HGH supplement or spray utilizing such a remarkable, high-potency delivery strategy -- and which maximizes your body's natural growth hormone production cycles!

Scientific research has shown conclusively that heavy resistance training and HIIT (high-intensity interval training) of compound muscle groups has a clear influence on your production of HGH.

It's what's known as Exercise-Induced Growth Hormone Response, or "EIGR".

Just by using HyperGH 14x™ prior to working out, you can literally boost your overall energy, stamina, and physical performance during exercise, leading to:

Not only that - even on your rest days - doing as little as 10-15 minutes of HIIT exercise following your morning dose of HyperGH 14x™ might be all you'll need to see results...

...since research has demonstrated that the most substantial production of growth hormone happens after only 10 minutes of high intensity exercise!

Research has indicated that human growth hormone can also play a crucial role in both the amount and quality of sleep you get.

As a matter of fact, growth hormone production has been shown to correspond to the circadian rhythm, and is secreted in 6-12 bursts daily, with the largest and most substantial pulse occurring approximately 1 hour after falling asleep (normally around midnight).

Therefore, by using HyperGH 14x™ just prior to bedtime, you can:

Additionally, it's worth noting that research has demonstrated that when the EIGR (Exercise-Induced Growth Hormone Response) is elevated, it ALSO elevates the frequency AND the amount of HGH produced while you're asleep!

HyperGH 14x Was Designed With The Exceptional
TRIPLE-EDGE Delivery Plan

For the HyperGH 14x™ Supplement Pills, it's recommended that you take two capsules twice daily (making a total of FOUR capsules daily). Why the need for that many capsules? Quite simply:

And even though the fifteen HGH precursors found in the unique HyperGH 14x formula are 100% safe and all-natural to use, and don't require a prescription, don't think for one minute that this means they're "ineffective" or "weak."

These are all proven growth hormone precursors added for maximum potency to deliver results.

HyperGH 14x™ Oral Spray provides you with one of the most up-to-date, breakthrough findings in the history of HGH supplements: Alpha GPC!

Secondly, HyperGH 14x has been proven in research studies to...

Boost HGH Production By As Much As 4,100% During Exercise!

(As Opposed To A Mere 2.6% Gain Without Using Alpha-GPC) 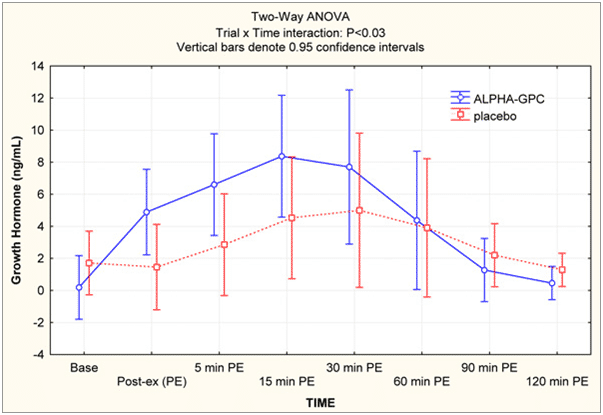 In addition, using Alpha-GPC before working out has been demonstrated to boost total bench press performance while lowering post-workout respiratory rate.

Simply use the HyperGH 14x™ Oral Spray twice daily - once in the morning and/or prior to your workout session, and once at bedtime. Each dose equals 3 sprays, which adds up to 6 sprays altogether for each day.

HyperGH 14x Edge #3 - Enteric Coating Technology:
Boosts Absorption of HGH Precursors by AS MUCH as 80%+

It's shown to enhance the ingredient absorption rate by as much as 80-90%...

... Compare that to the measly 10-15% absorption rate observed in non-enteric coated supplements!

This enteric coating shields the essential HyperGH 14x ingredients from being destroyed by stomach acid long enough to enter the small intestine - where optimal absorption into the blood stream takes place.

Nevertheless, we consider enteric coating as critical to ensuring that your body absorbs the most potent amount of these growth hormone precursors - so as far as we're concerned we'll gladly take that loss.

Click Here to Read More About the HyperGH 14x Formula

HyperGH 14x is the most powerful way to safely and effectively reach the best HGH levels possible - legally and without a prescription.

Here are the top three reasons why so many satisfied customers choose to buy HyperGH 14x:

HyperGH 14x is very popular among bodybuilders because of the amazing results it can provide to muscle growth and physique, including increased muscle mass, reduced body fat, and shorter recovery periods.

Unfortunately, the use of illegal HGH injections is common in the bodybuilding community -- despite the fact that it is unlawful to do so, and unsafe. Bodybuilders taking HyperGH 14x, however, can enjoy many of the positive effects from increased levels of HGH , while minimizing the negative and potentially harmful side effects of injections.

Read more about the benefits of bodybuilding with HyperGH 14x.

As with bodybuilders, illegal HGH use is prevalent among athletes, not just because it increases lean muscle mass, but also for it's ability to speed up the body's recovery and healing process.

However, growth hormone injections are not only illegal in many countries without a prescription, they are banned by most sports governing bodies as well. Any athlete can benefit from using HyperGH 14x because it boosts the body's own production of HGH in a safe and natural way - while being perfectly legal and with no prescription necessary!

You don't have to be a bodybuilder or professional athlete to use HyperGH 14x! It's safe and effective enough for anyone suffering from the negative effects of low growth hormone production.

100% Safe and Legal - No Negative Side-Effects and No Prescription Required!

HyperGH 14x™ is an entirely legal and safe form of HGH supplement.

Compared to synthetic growth hormone injections, which can only be obtained by prescription, HyperGH 14x combines a blend of powerful, all-natural growth hormone precursors to boost your body's own NATURAL production of HGH.

And, contrary to anabolic steroid use, there's no danger of harmful, negative side-effects when using HyperGH 14x . This formula has been thouroughly tested in laboratories, assessed by medical professionals, and used by thousands of customers globally... and it's been consistently shown to be well within safe levels when taken in the recommended dosages.

Plus, HyperGH 14x™ is manufactured by a cGMP-compliant facility.

Surpass And Shatter Your Limits! Reach a NEW Personal Record With HyperGH 14x™!

So once more, there's NO RISK when you buy HyperGH 14x, because it's backed-up with our generous 60-Day Money-Back Guarantee.

Pick out your discount package today...